How many people in the US do actually wear seat belts while driving? What’s the seat belt usage difference between genders and ages?

We polled 1501 US residents in order to find that out…

In this article we put together the result of our proprietary research for USA seat belt statistics as well as some other numbers.

How many people die each year from not wearing seat belts?

How Many People Did Seat Belts Save in 2020?

Overall, Females Are More Likely To Have The Seat Belt Put On 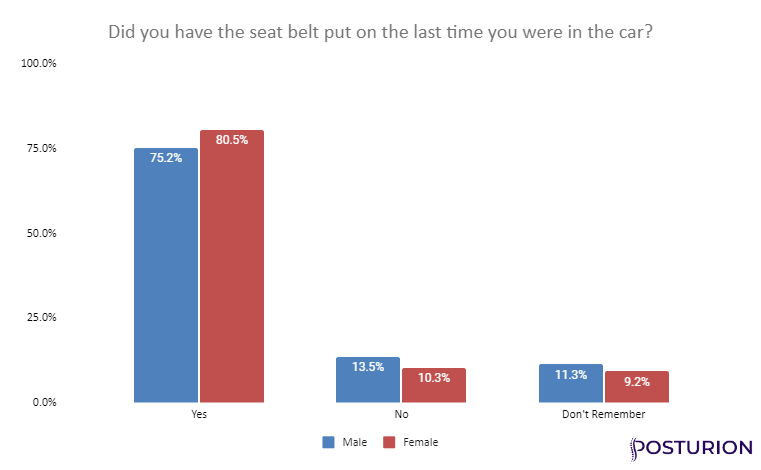 As expected, the results were different by gender:

Overall, females were 7% more likely to recall using the seat belt when compared to males.

Self-Reported Seat Belt Use Broken Down By Age Groups

Based on the results, we can make the following observation:

Age Groups With The Least Seat Belt Use

We discovered that the following age groups reported not having the seat belt put on the most:

For 18-24 age group, when asked “Did you have the seat belt put on the last time you were in the car?” the breakdown by gender for the answer “No” was as follows:

For 25-34 age group, when asked “Did you have the seat belt put on the last time you were in the car?” the breakdown by gender for the answer “No” was as follows:

Based on the above, we can infer that a female that falls into the 25-34 category is 66.7% more likely to report not having the seat belt put on the last time they were in the car!

However, when adjusted by gender, the “don’t remember” answers dominated different age groups:

Are Seat Belts Not Used Enough in The US?

Based on the self-reported data obtained, we can assume that seatbelts in the US can still be used more frequently by more people.

The 25-34 age category, particularly females, appear to be the group that is most prone to not using the seatbelts.

The 65+ age group, on the other hand, indicates the most thorough seat belt use.

We should also take into account the self-reported nature of our data that may be skewed by:

Therefore it’s important to not make final decisions without looking into the matter closer.

Does Our Data Reflect The Official Data?

They observed the following results:

The national estimate of seat belt use by adult front-seat passengers in 2021 was 90.4 percent, not statistically different (at the 0.05 level) from 90.3 percent observed in 2020 (source)

While we haven’t specifically polled front-seat passengers, we deem the difference in the results quite significant – 90.4% in NHTSA study vs 77.9% in our research.

Sure, the discrepancy may well be coming from the front vs back passenger seat belt use.

In fact, in the 2019 report by Governors Highway Safety Association, the use of rear seat belts was reported to be considerably lower:

In other words, an average person was 28.4% less likely to wear a seat belt once they were sitting in the back.

Seat belts, no matter where people sit, should be used during the entire duration of the trip.

We asked one single question: “Did you have the seat belt put on the last time you were in the car?”

The three answer options were:

If you need raw data or more information, feel free to reach us at research@posturion.com 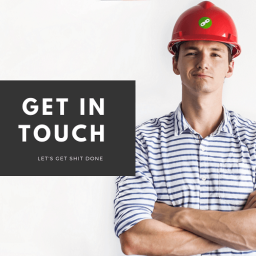 Artem K.Artem writes about remarkable events that connect driving, sitting and working through ergonomics, posture and how it affects our day-to-day activities.
Posted in:
Research